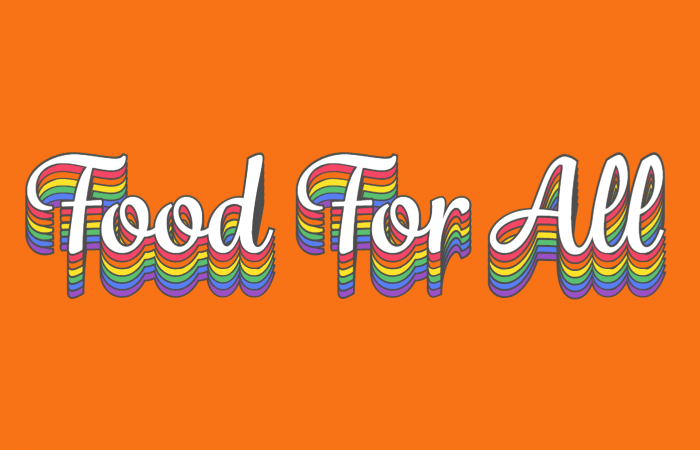 LGBTQ And Hunger: What You Should Know

In honor of Pride Month, Food Finders is shining a spotlight on some of the lesser-known facts about hunger and how it affects the LGBTQ community.

While hunger is often tied to homelessness, and a high population of people served by our partner agencies and pantries are homeless or unemployed, an oft-overlooked community that is reliant upon food banks, pantries and social services continues to be LGBTQ adults and teens. As indicated recently by Oregon Food Bank, more than a quarter of this community struggles with food insecurity. The reasons for this are tied directly to similar discriminatory acts faced by people of color.

Discrimination at places of work, within housing and education and even within the healthcare system has affected the levels of poverty that are perpetuated and growing within the transgender community in particular. Additionally, LGBTQ people of color have twice the rate of hunger as general BIPOC. A report issued in 2016 by the Williams Institute showed that The Supplemental Nutrition Assistance Program (SNAP) served nearly 1.37 million LGBTQ Americans several years ago, and we know that number has increased since. Worse, proposed cuts to the SNAP program further threaten food access for LGBTQ adults, although the country’s current administration is hoping to see increases in the federal funding for SNAP, but the proposals have not been approved.

Support systems are crucial, in the community and within families. In some families there is rampant unacceptance of LGBTQ members, particularly teens, and they are left to fend for themselves. While organizations like National LGBTQ Anti-Poverty Network , the National LGBTQ Task Force and many others advocate for their communities regularly, there is still much progress to be made.

You can help! Food Finders urges everyone to take a few minutes to get involved and lend a voice on behalf of our LGBTQ friends and family. Start here to share your stories and messages of support.

As William Faulkner said, “Never be afraid to raise your voice for honesty, truth, and compassion against injustice…If people all over the world would do this, it would change the earth.”

Your support of Food Finders provides more than just food- it provides time spent cooking together, reconnecting with friends or family, creating a long-lasting memory, tradition and much more. Make a donation this December and provide someone in need with #MoreThanJustFood.